The Wave – a force to be reckoned with

The Wave is based on a true story in 1960's California. A well-meaning teacher tries to explain the rise of Hitler and the Nazi Party in a democracy by setting up a social experiment in his history class. The project went badly wrong and a very different type of lesson was learnt than the one intended.
The play performed in English by ADG (American Drama Group), was warmly received by all learners of English between 15 and 19 years of the “Julius-Motteler-Gymnasium”.
In the play, teacher Ben Ross tries to give his students a lesson how almost the whole German nation could fell under the spell of National Socialism by starting a classroom experiment called The Wave, including banners, a salute and slogans. His history class students, among whom there are Laurie, the class genius, David and Eric, the jocks and Robert, the class loser, are immediately on fire. But then The Wave developed into a movement using violence against everyone, who is not willing to join the group but also against members who do not show unquestioning obedience.
Only a few students like Laurie Saunders are able to realize the danger of The Wave leading into a dictatorship where conformity replaces individual thinking and acting.
With only five actors and a few props, the ADG was really successful in captivating the young audience creating powerful and impressing images. And the choice of American music expressing national pride associates with happenings during the last elections in the USA when the former president Trump called his followers to occupy the White House.

The troupe delivered a performance of the extra class. The ADG's stage version of this terrifying event assumes even greater relevance in our own troubled times. The mostly young audience has honoured the AGD’s performance with warm applause. Truly terrific!!!
E.Stier / T.Quellmalz 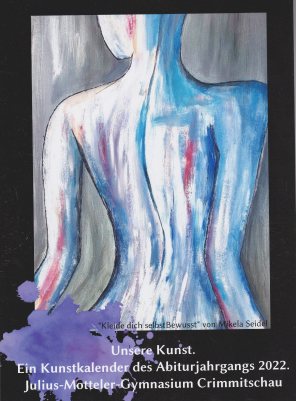